House prices and how they are affecting our young people as renting is due to overtake home ownership. - Evolution Financial Planning

House prices and how they are affecting our young people as renting is due to overtake home ownership. 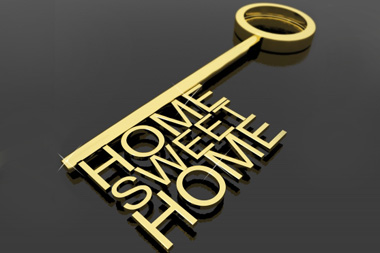 PricewaterhouseCoopers have predicted that by 2025 over 50% of people under 40 will be renting their homes from private landlords rather than buying their own home.

Their calculations suggest that house prices are going to rise at an average of 5% year on year, which by 2020 will price the average house at £360,000.

The mortgage industry states that first time buyers needs to find around 18% of the house price as a deposit to secure a mortgage, so using the calculations made by PwC that would mean they would need to shell out around £64,800 to get themselves on the property ladder by 2020. Many young people will find this virtually impossible with rising university tuition fees giving them bigger loans to pay back before they can even think about getting a mortgage.

The rise in deposits have come from, a decade of soaring house prices before the financial crises and now a lower loan-to-value ratio after it. It is from this that a generation of individuals between the ages of 20 and 39 renting a home has come about. Richard Snook, senior economist at PwC believes that this will become the norm.

There is a lack of supply in affordable housing which is rising and affecting young people buying their first home suggested the PwC report so by 2020 almost 7.2 million households would be private tenants.

The difference between young and old will become more and more marked by the difference in the number of homes being owned outright because they were bought with cash or their mortgage had been paid off. However the number of people owning their own homes is to drop from 70% to about 50% in 2025.

A recent survey by English Housing has shown that in 2013-14 there were 48% of households made up of 25-34 year olds that were renting their home from a private landlord. This has increased from 21% in 2003-04. Over this same ten year period, the owner occupation in this age band dropped from 59% to 36%.

So what’s the cost of an average home?

The cost of an average home currently stands at £272,468 for the UK. The typical amount that you can get from a lender for a mortgage is around 3.39 times your income.

The Institute of Fiscal Studies has reported that household incomes were finally moving upward after the recession and that a family with two children is now earning on average £31,000 after tax.  So, using this figure, a family on the average income could only afford a mortgage of £105,090, which gives a discrepancy of £167,378.

So where does that leave our young people today?

More and more young people are continuing to live with their parents with more giving up on the idea of owning their own home and instead renting long term. The Halifax reported that while 53% of people said that they believed the ‘help to buy’ scheme has had a positive impact, they felt that first time buyers still find it difficult to get finance.

The Intermediary Mortgage Lenders Association IMLA report states “If current trends continue without a major policy or economic shift to address the shortage of new homes, the majority of UK households will be renting in the private and social sectors by 2032 for the first time since the 1970’s.”

The first time buyer’s guide in the Daily Mail gives a good starting point of what to think about before applying for a mortgage: http://www.dailymail.co.uk/money/mortgageshome/article-2263815/The-time-buyers-guide-getting-mortgage.html

It is also useful to talk to a financial advisor as they can scour the market and look for an affordable and effective deal for you.