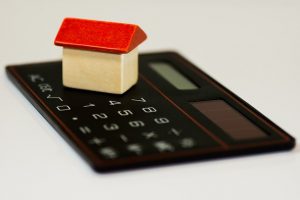 Apparently a lot of people in the UK are not or don’t have enough cover to support their home and family.

Scottish Widows did a survey in 2014 about income protection and critical illness cover. These are vital insurances that protect families from situations that would make paying the mortgage and bills a very big problem.

However, many people do not seem to recognise the brevity of situations that could happen – the ‘that won’t happen to me’ thought, and therefore are not sufficiently covered for those eventualities. It’s natural to avoid thinking about the worst case scenarios, but they do happen to people and we need to think about what we would get from the state; which is there to help us with basic living; and whether it would cover our living costs.

What is mortgage payment protection? There are a few different insurances that you can take out and it’s crucial that you know what they are and make sure that you are covered sufficiently.

Mortgage payment protection is an insurance policy that pays out a monthly amount to cover your mortgage if you cannot work due to illness, injury or redundancy. Another name for it is Accident, sickness and unemployment cover – ASU. It will only pay out for a period of 12 or 24 months maximum and is only a stop-gap until you recover or find a new job.

This is different to Life Insurance which is only payable upon death. Also different from Critical Illness cover which will give you a lump sum should you be diagnosed with a specific illness on the insurers’ list.

Bear in mind that if you lose your job or cannot work due to ill health, you have to wait up to nine months before you are eligible for state benefits to cover your mortgage, and this is means tested, so if your partner earns over their threshold, you will not be entitled to any state money.

The Scottish Widows survey found scarily enough that only 8% of people have critical illness cover, only 4% have income protection and 33% had life cover.

So, if we asked you whether it was important to know that in the event of you becoming so sick that you could not work for a long period of time, would you want your family to know that they could still live in their home and pay the bills each month? I believe that you would say yes to this every time, so it remains a mystery why so many people do not have any cover in place for such situations.

At 2014, the average personal income stood at £21,500. According to disability allowance, the highest you can claim for is £7,000. That leaves a staggering £14,500 shortfall between what an individual was earning before they became sick, and what would be coming into the household afterwards. This is just one example, but it is a stark reminder of what could potentially happen if you had to exist on what the state would pay you if you had nothing else to fall on.

Years ago when most people only had one breadwinner in the family, if they were unable to work, the rest of the eligible household would go out and work. However nowadays Scottish Widows report that already 40% of households are relying on two or more incomes, so this rules out that option.

These may seem like high figures, but if you look at the nation as a whole, life insurance is only held by 50% of mortgage holders, critical illness cover is only held by 1 in 5 and income protection by 1 in 10 people in the UK. With current affordability issues many people may not be efficiently covered if the interest rates were to rise.

In comparison, of those who do not have mortgages for example private tenants, only 7% have income or life protection and this dropped from 9% in 2013.

One major factor for this is affordability according to Scottish Widows.  The facts are that 48% of adults in the UK have dependent children (under 16), but only 24% of them actually have any form of financial protection. People are having children later in life and are increasingly relying on two incomes in the household, as well as the expense of childcare; which 40% are paying for;  due to both parties working full time, so budgets are stretched and it seems to be that income protection is not seen as an essential payment to make.

Another factor is the changing way families live in the UK. We now have a phenomenon called the Sandwich Generation, where one generation in a family, supports both their children and their parents at the same time. Around 50% of them have dependent children. Of 45-54 year olds, 22% loaned or gave £5000 as an average to their children in the last year and 5% of them gave £2500 to their parents.

While all this is happening, defined pension schemes are declining, household costs are rising and welfare support is changing. Therefore a substantial drop in family income like one person being too ill to work could have devastating repercussions

So, if you think that ‘it won’t happen to me’, there’s probably hardly any people claiming, so it’s not worth doing, then have a look at these statistics.

The Association of British Insurers ABI, released figures last May for critical illness, income protection and Life cover payouts in 2013. A staggering £3.1 billion was paid out to 99,000 individuals or families in 2013, that’s 270 families every day.

To confirm this research, an insurance company called British Friendly have revealed that they paid out 96% of 5000 income protection claims received over the past five years.

Helen White, the ABI’s Head of Protection, said, “The insurance industry pays out £8.4m every day in individual life, critical illness and income protection insurance claims, making a real difference to people’s lives at some of the most difficult of times with 97% of all claims paid in 2013. At the most stressful times, insurers want to make it as simple and easy as possible for people to claim.

Income protection saw an average claim of £11,500, which was paying out on average for 230 weeks (4 yrs) for those unable to work.

Critical Illness had an average payout of £60,400. The number of claims being paid rose from 80% in 2005 to 91.8% in 2013. This has been mainly due to the introduction of ABI’s Code of Practice which clarified individuals’ requirement to share information about their medical backgrounds.

Importantly enough 60% of successful income protection claims do relate to illnesses that would not be under the scope of critical illness cover, so it shows that you need to be careful about the insurances that you have.

It is important to note that the most common reason for claims being declined was non-disclosure of information by an individual when applying to buy the product.

If affordability is your objection then Mortgage Plus have done a recent study which found that the reason almost a third of individuals who did not take up income protection was because they thought that it was too expensive. There are ways to reduce the cost of insurance. Income protection can be bought at a lower premium for people who take care of themselves, such as giving up smoking and reducing alcohol intake.

It’s worth remembering also that your children can get sick too. Children are very resilient, however they can get sick. Many families who have insurance policies in place do not have adequate cover to help them when they need to be at home caring for their child. Mortgage Plus discovered that almost two thirds of people interviewed in a study revealed that they did not know whether their insurances covered their children.

So, the important point here is if we want to protect our home and our way of life, we need to put something else in place to keep the status quo. It pays to be covered and it is worth talking to a financial advisor about the options as there are many different products in the market, some of which may not be viable for your circumstances. Also, it’s not as expensive as you think and what is the price of peace of mind?