Pensions – saving for them, the new reforms, and how they could affect you and your family. - Evolution Financial Planning

Pensions – saving for them, the new reforms, and how they could affect you and your family. 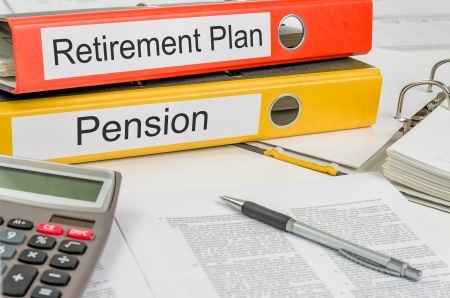 Everyone should have a pension. They may seem complicated but the basics are simple and it’s worth understanding what you get out of them because from now on your basic state pension will not be enough to live on once today’s current parents get to retirement age. Generation X onwards will need to save more to provide them with the kind of pension that the Baby Boomers and earlier generations enjoy now.

The Money Advice Service says that more than half of people in the UK either aren’t putting any money at all into a retirement scheme or saving nearly enough in their bank accounts to give them the standard of living that their parents enjoyed which they hope to have when they retire.

What are the choices then?
• you can cut down your expectations of what you will be able to do at retirement
• start saving more in your savings accounts
• retire at an older age

The maximum basic state pension only gives £113.10 (tax year 2014-15) a week. This is a lot lower than what most people can afford to live on given the amount most homeowners pay out in mortgages and bills per month.

Why save into a pension?

A pension is a long term savings plan which benefits from tax relief. Your contributions are invested so that they grown throughout your career and then provide you with an income when you retire. In general you can access your money from the age of 55. The tax relief comes from the money that the Government would take from your earnings as tax and gives that money back to your pension account instead. Even if you do not earn enough to pay tax the Government will still put funds into your pension.

One of the new laws from the Government is designed to help people save more into their pensions. This is called the Workplace Pension Scheme and it is mandatory that employers set this up for their employees who do not already have a pension scheme through their company. It is always prudent to pay into a work based pension scheme and unless you are dealing with a lot of debt, you should take advantage of the extra contributions that your employer will be making into your pension pot.

What age should you start thinking about a pension?

I came across this article which sums up some of the reasons why you need to start a pension once you start work.

Aviva’s head of policy John Lawson explains the basics and the important reason why you need to start saving now, basically, “for a couple on average earnings of £26,000 (total £52,000) a year, a target of two thirds of final earnings including state pension is realistic – which is roughly £35,000 a year between them. The new state pension will only deliver roughly £7,500 each leaving another £20,000 to fund. You will need a pot of roughly between £300,000 and £600,000 to provide that depending on whether you go for a level pension or an index-linked one.”

So in black and white it shows that in order to provide yourself with the sort of retirement that your parents enjoy, you need to get yourself a pension sooner rather than later, otherwise you will be working until you are 70!

What happens to your pension when you have a baby?

The Money Advice Service states that claiming Child Benefit means you may actually get more State Pension. This being the case, it is important that you put in your claim for Child Benefit as soon as you have your baby even if it’s the last thing on your mind at the time! Get someone in your family to help you if necessary.

The only way you will get the full amount of basic state pension when you retire is if you have built up your National Insurance Contributions over the course of 30 years. You can earn them, pay for them or have them credited to you. It is important to note here that if you are not working while you bring up your children, if you have claimed Child Benefit up until your youngest is 12 years, you will receive National Insurance Credits.

In order to claim Child Benefit, you need to complete the claim form. Even if you think you may not be entitled because your earnings are too high, you should still claim.

So, what do the new changes mean?

Traditionally when a person retired, they could take up to a quarter of their pension pot as a tax free lump sum and the rest of their savings would be used to provide a regular income which was taxable.

The Chancellor George Osborne announced new radical changes to pensions in the budget in March, now in October we have the details of how the new changes will work and what they mean for workers and pensioners.

From April 2015 a person can use their pension pot in any way they would like.

The changes allow pensioners a greater amount of freedom over how they use their pension fund once they retire. Traditionally once you retire you buy an annuity where you swap your pension fund for a guaranteed income in retirement, but from April 2015 you will be able to take your pension fund out as cash.

So, effectively you will be able to treat your pension like a bank account, drawing out as little or as much as you want at any time. This will allow a lot of pensioners to save, spend or invest any or all of their hard earned money on anything that they wish.

Mr Osborne said: “People who have worked and saved all their lives will be able to access as much or as little of their defined contribution pension as they want from next year and pass on their hard-earned pensions to their family’s tax free. For some people an annuity will be the right choice whereas others might want to take their whole tax-free lump sum and convert the rest to draw-down. We’ve extended the choices even further by offering people the option of taking a number of smaller lump sums, instead of one single big lump sum.”

However, there are a lot of pension schemes in existence which do not allow people to take out small sums of money at different times. The Government has introduced new rules which let schemes override this. Also, it used to be the case that you had to take your 25% tax free lump sum within 18 months of retirement, but this restriction has been removed. This has allowed for some savers to gradually take out their 25% through what has been known as a ‘phased drawdown’, however up until now this has taken the help of financial advisors and many pension schemes did not allow it.

All pensions will still allow the first 25% to be withdrawn tax free and the rest will be taxed at the individual’s marginal rate.

To read the full article, use this link.

So, this sounds great, but also risky?

The most common question is, that if someone decided to take out all their money at once and spend it all, what will happen to them? Basically, they end up on the state pension scheme and could possibly be struggling financially for the rest of their lives.

Mr Webb, a Liberal Democrat, said that the Government’s state pension meant that elderly people will always have a safety net even if they spend the majority of their savings.

Tom McPhail, head of pensions policy at broker Hargreaves Lansdown, said: “Millions of pension savers are being encouraged to withdraw their money at will. This is fine as far as it goes, but managing longevity and investment risk is complicated, particularly if you have been defaulted into a pension, you’ve never engaged with it and you don’t know what you’re doing. Many professionals struggle to get it right so the idea that at least some inexperienced investors won’t get it wrong is recklessly naïve.

He also commented that, “at present there are precious few regulatory controls around the non-advised sale of retirement incomes. Without regulatory oversight, when investors do run out of money (and they will) there’ll be no accountability for this system failure.”

Billy Burrows, associate director at Key Retirement Solutions said: “I think the point is that in the old world to do phased retirement you would transfer into a SIPP and have proper investment strategy and advice on income withdrawals. Now anybody can do phased retirement which is good – but to do it without the right advice and investments is not sensible.”

Lastly, also be aware that if you take out a large sum of money in any one year it will put you into a higher tax band so you could end up paying 40% on some of your money. The way round this is to schedule your withdrawals across different tax years.

Therefore, we are yet to see whether this massive change in pensions will be successful and will give pensioners more flexibility with their money. What is obvious is that as you reach retirement you will have to think carefully about what you want for your retirement and how you are going to look after your pension pot, after all, most of us are living a lot longer and if you want the holidays and the good things in life, then you will have make sure your money is working for you most effectively and that you don’t spend it all at once!

It is worth seeking qualified financial advice to make sure that you are in the right pension scheme for your needs to start with and then making the most of the money you have.